Lodhradi Kashaya is a classical formulation mentioned in Vaidya Chintamani under Kaphaj prameha and also in
Basavarajiyam under prameha prakarana. The therapeutic efficacy of the Lodhradi Kashaya was described as
„Madhumehajeet‟, i.e. win over Diabetes Mellitus. In the classical wisdom, it was indicated to administer as decoction but
in present fast moving and taste driven world it is difficult to made decoction each time. So here an approach was made to
modify the decoction dosage form in to spray dried powder that again can be easily converted to decoction just by
dissolving suitable quantity of dosage form in appropriate amount of water. To validate the spray dried powder of
Lodhradi Kashaya, two sample was made one from spray drier (LKSD) following the continuous complete aqueous
extraction and second in laboratory (LKLB) following traditional method to prepare decoction and dried to form powder.
Both the sample were analysed by FTIR spectroscopy. Absorbance pattern in the IR spectra indicate that there is no
significance variation found in LKLB and LKSD. The peaks were found similar in pattern and the absorbance
corresponding to the allotted chemical interactions was similar which reflects that both the sample was similar in their
chemical composition. This study presents the data showing the chemical similarities between classical method of
preparation and contemporary machinery involvement. It is also step in the field of commercialization of kwath kalpana in
modified dosage form and it is the need of time to make low cast, stable drugs that will be easy in distribution and
administration. 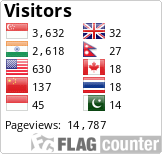